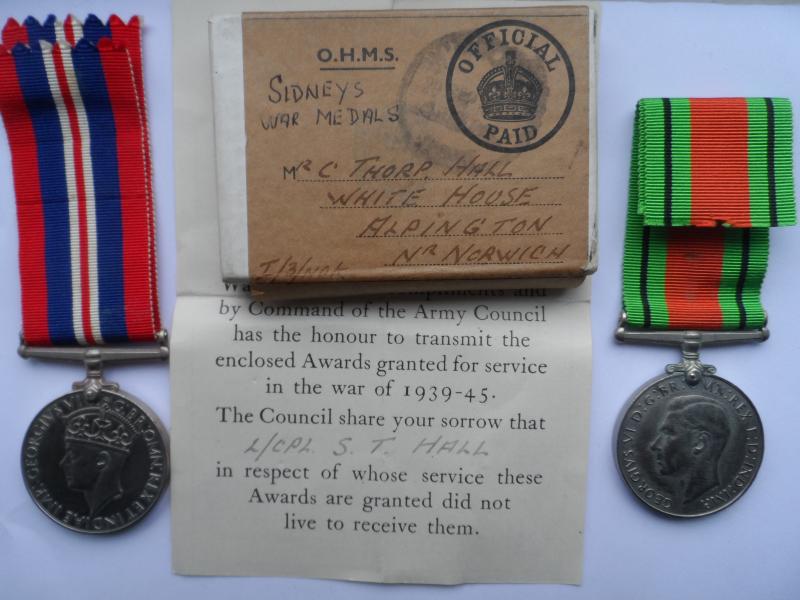 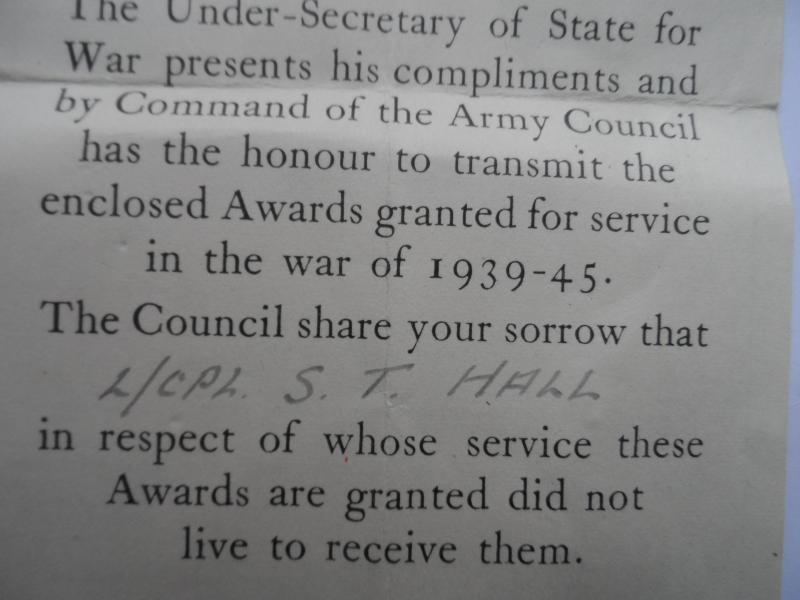 Defence and War Medals in box of issue, with original box and casualty slip.The box is named to: Mr. C. Thorp Hall, White House, Alpington Nr Norwich. (Sidney's Medals is written in pen on the box)
Lance Corporal Sidney Thorp Hall 10350258 70, Field Security Police, Intelligence Corps, died on 5th July 1941 when the SS Anselm was torpedoed by the U96 (Kaptt Heinrich Lehman-Willenbrock)
Chaplain Cecil Pugh was awarded the George Cross posthumously for trying to rescue men trapped below deck.
The U Boat was attacked and damaged by depth charge's from the accompanying Corvettes and had to break off her attack and return to St.Nazaire.
In Waddington Lincolnshire, there is a memorial Field and Hall presented by Sidney's brothers, Charles and Derek Thorp Hall in memory of their brother, who was 33 yeas old when he died.