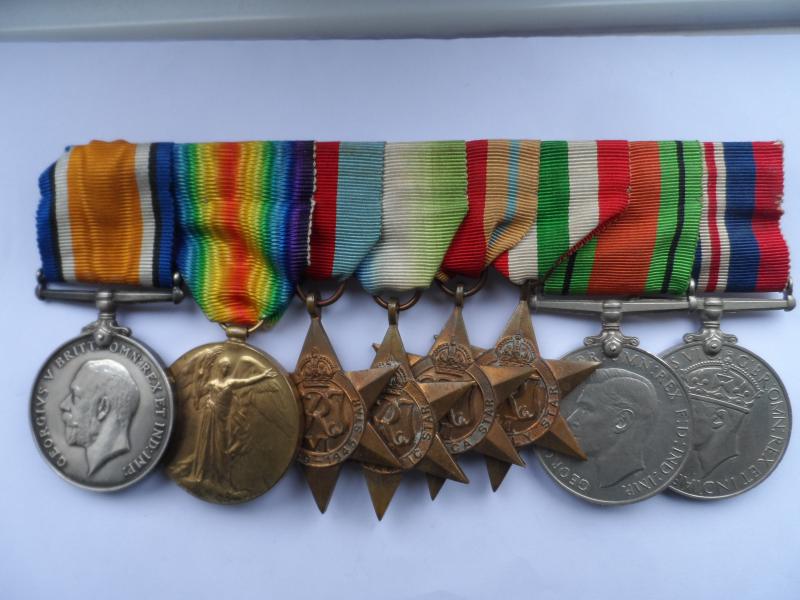 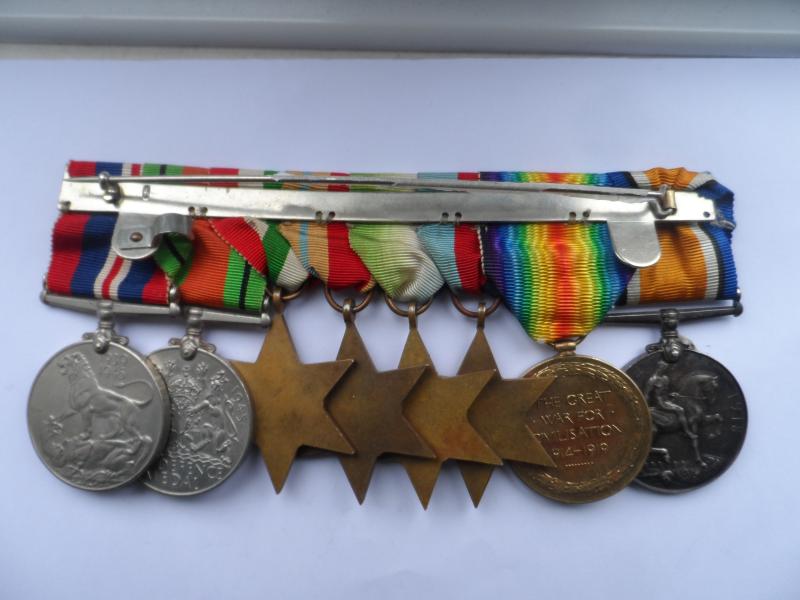 British War and Victory Medals, named to:
2.LIEUT.F.W.BROWN R.A.F.
1939/45 Star, Atlantic Star, Africa Star, Italy Star, Defence and War Medals.
Medals mounted on on original ribbons on wearing bar as worn.
Frank Wilfred Brown was born in King, Ontario
in 1892.He attested for the Canadian Expeditionary Force as a Cadet on 27th March 1916.He had previously served with the 12th Regiment York Militia. He served as no 779037 127th Bn., C.E.F. and 2nd Canadian Railway Troops. He was returned to England for Pilot Training, and was commissioned temporary 2nd Lieutenant.
Unfortunately nothing can be found regarding his WW2 service. Looking at his Medals, he may
well have served with the Royal Navy.
Full set of Canadian Service records available online.