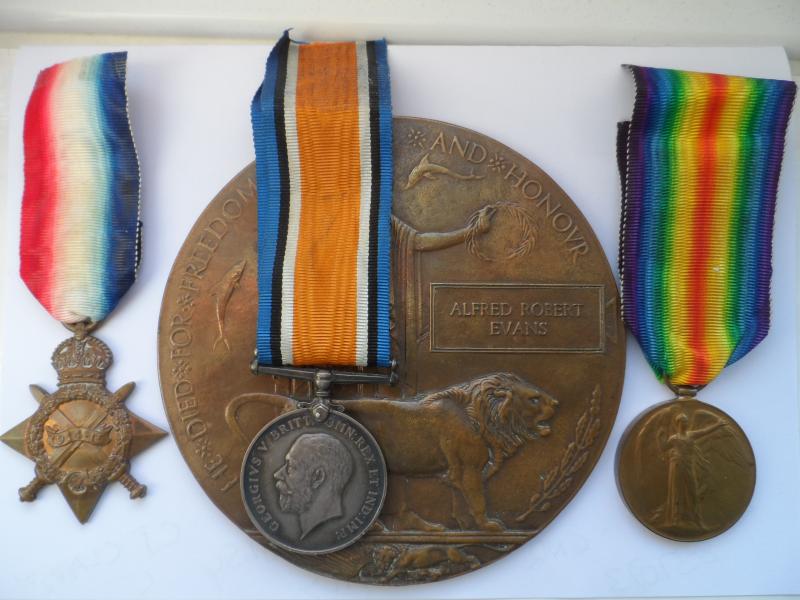 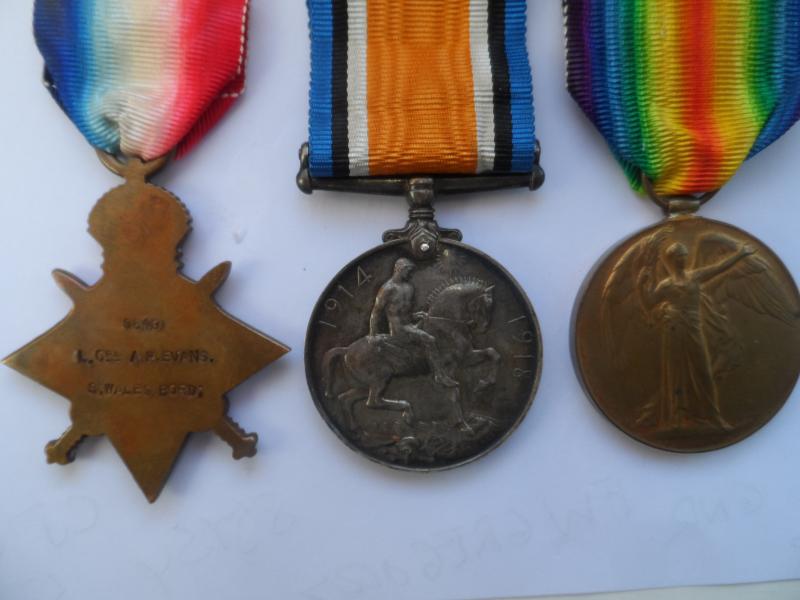 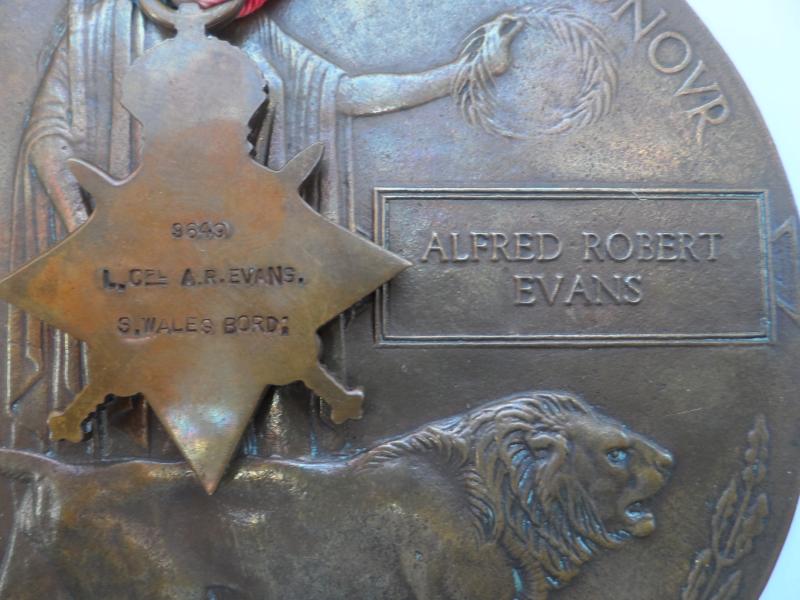 1914 /15 Star trio, named to:
9649 L.CPL.A.R.EVANS S.WALES BORD: (CPL on pair)
Bronze Memorial Plaque-ALFRED ROBERT EVANS
Medals and plaque about good very fine, medals on full length, original silk ribbons. Glue residue on reverse of plaque-probably removed from a frame.
9649 Corporal Alfred Robert Evans 2nd Btn., South Wales Borderers was killed in action on 8th February 1918.The Son of Mrs A .E. Evans, of 165,New Church Road., Camberwell, London. He was born in Camberwell, and enlisted in London.
He is commemorated on the Tyne Cot Memorial
Alfred Robert Evans was born in 1889 and enlisted in the South Wales Borderers on 5th September, 1907.His Medal Index card sates Theatre of War served as (5H) Asiatic. This would indicate that he served at Tsingtao-He is also on the online roll for men who served with "B" company at Tsingtao.
He then served at Gallipoli, being wounded
on 6th June, 1915 (2nd battle of Krithia), before being killed in action in 1918
A very scarce group.
Sold with research