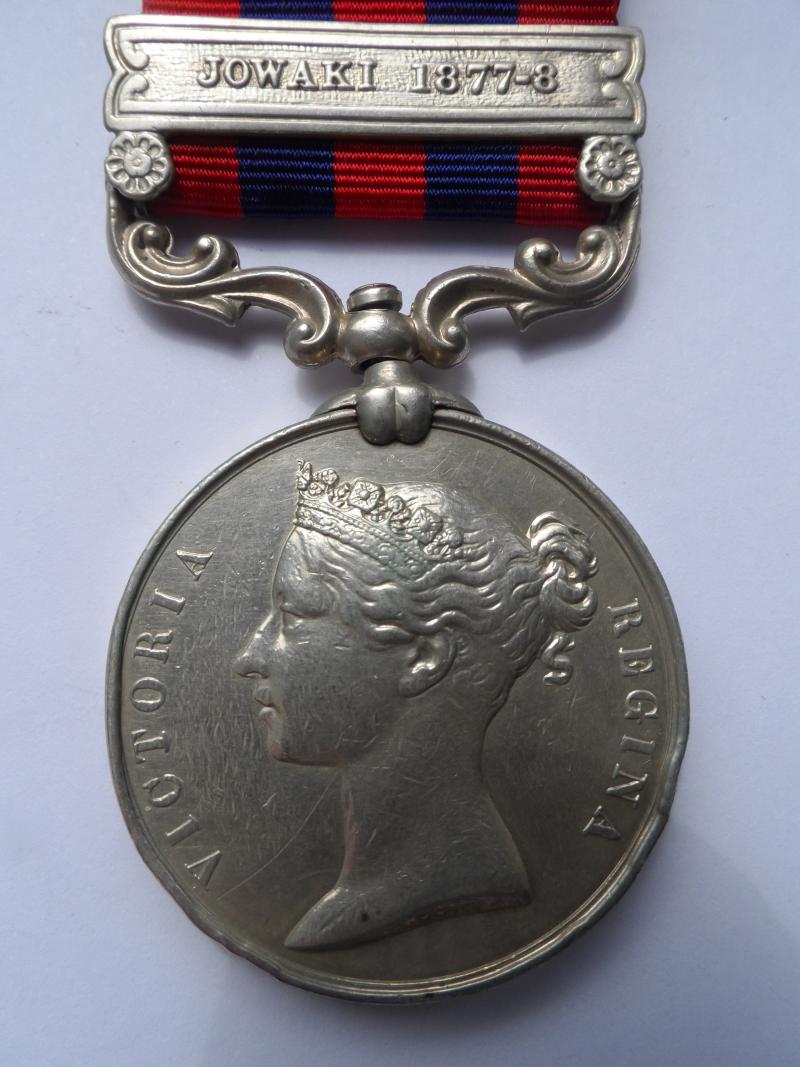 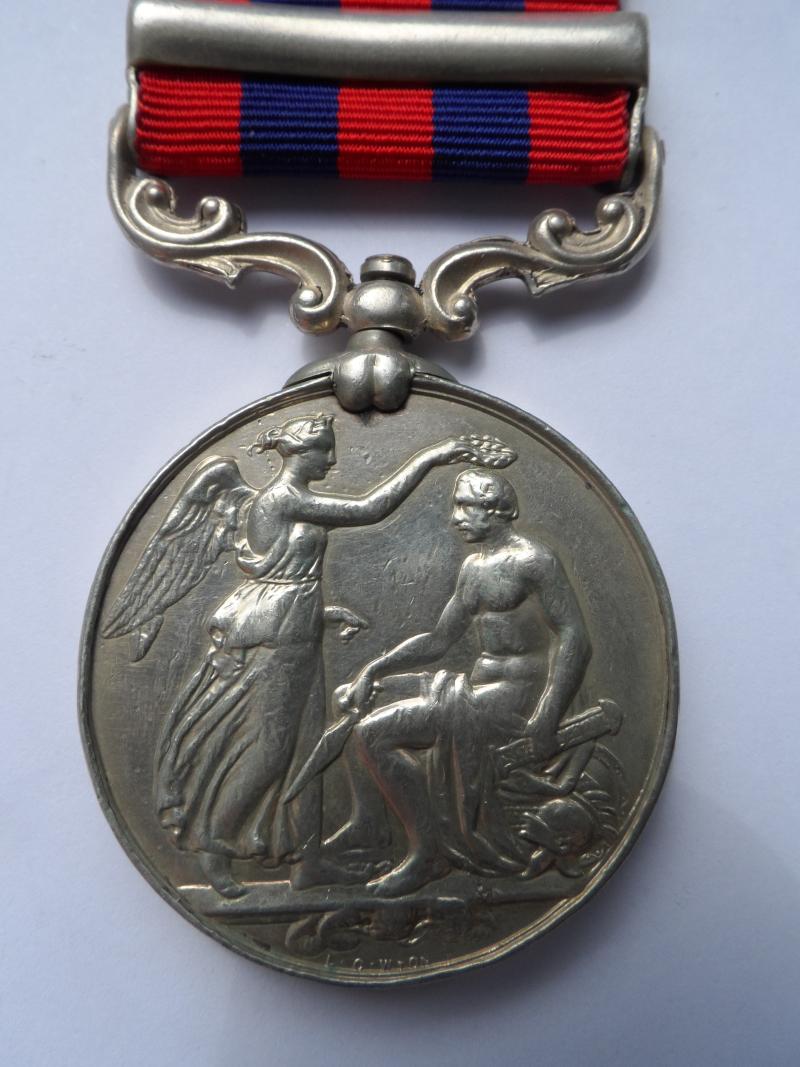 India General Service Medal (1854) clasp: JOWAKI 1877-78.Named to: *672 THOS O'BRIEN 2/9TH FOOT
Medal about very fine, but heavy contact wear, and suspension a little loose, first two numbers of 1672 partly worn away due to contact wear.
Thomas O' Brien was born in Saint John's Limerick in 1844.He Attested for the Ninth foot on 8th October, 1868.He served at Home and India. He was injured whilst trying to enter a carriage in motion.
He is additionally entitled to an Afghanistan Medal clasp Kabul.
He later served as 55481 in the Royal Artillery.
Comes with copied service papers.